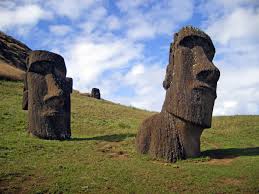 For all I know this has been said before, but: the anthropocene is a world-concept.

The normal way to understand the Anthropocene is as a historical period, defined more or less as the era when human beings acquire the capacity to affect the ecology of the entire planet, thereby opening the door to mass extinction, disastrous climate change, and, at the limit, the disappeareance of the species. Generally people want to date it to the beginning of the Industrial Revolution, though you see arguments for dating it to the beginning of agriculture. Since the challenge we are facing collectively at the moment (and for the next centuries) is the immediate result of the dramatic expansion in carbon-based energy (oil, gas) use that comes from the Industrial Revolution, my impression is that most people are inclined towards that date.

But that’s just because the scope of this environmental event is in fact the entire planet Earth. I want to suggest that we become aware of/wish to designate the Anthropocene at this crucial moment precisely because of that scope, that because like the various other -cenes (the Pleistocene, the Holocene) this era involves ecological/geological/meterological activity that is planet-wide, we feel comfortable declaring it to be “epoch”-worthy. That is, the epoch (that which can be designated by the -cene, that which is a scene for the -cene) is partially a temporal metaphor for spatial scale.

This is true of all world-concepts, and trivial. But now what we can do is to scale down the Anthropocene from the world to a world, and recognize that, unlike the Pleistocene or Holocene, we can use the concept to refer to any “world” (that is, any relatively closed totality, relatively closed because like our totality it can be potentially escaped from, in our case via rocket ships/space colonization) that is capable of producing self-extinction through the manipulation of its environment.

In that case there have been other Anthropocenes, some of them, perhaps, not even human. Any virus that kills its host too rapidly–before the host has a chance to infect others–is Anthropocenic in this sense. We might also think of the series of extinctions on Easter Island as one example of a quasi-Anthropocene (resolved by the arrival of European explorers). Or, an extreme and fanciful case, of a literary character like Raskolnikov.

I am not sure that it is politically useful to think of the Anthropocene this way — it may be that there’s more traction in terms of getting people to think about how to live, or die, in it if they can have the narcissistic pleasure of imagining themselves to be historically unique. But it may also be that philosophers and other humanists could benefit from a plural theory, a theory of Anthropocenes, both as a structure for comparative analysis and as a humbling reminder that self-desctruction, when it happens, is usually a matter of degrees of difference, not kinds, from ordinary life.