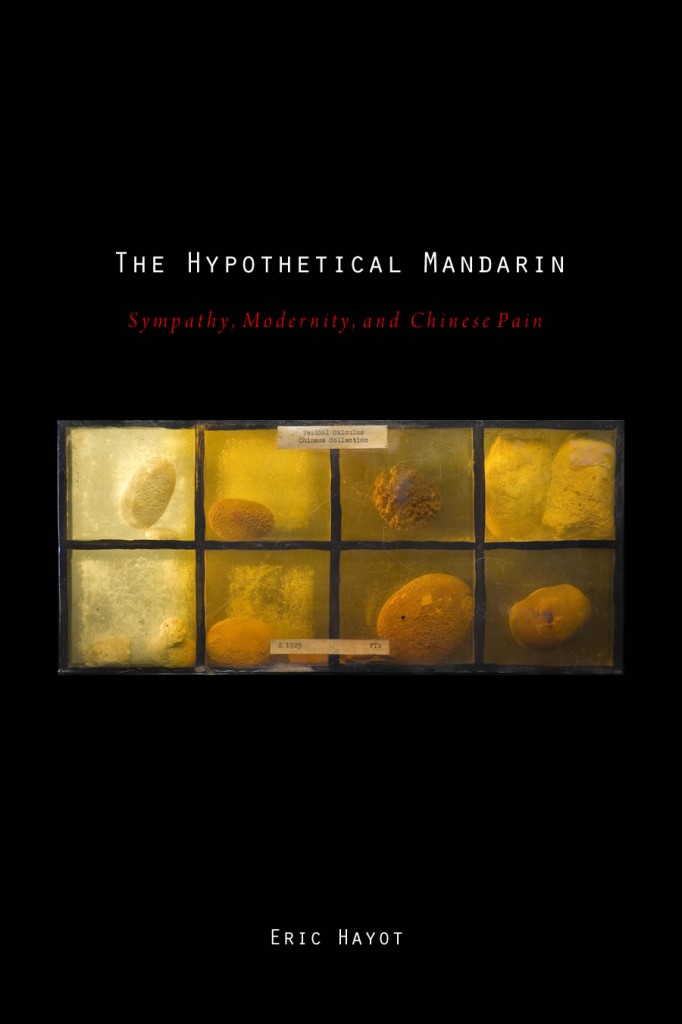 The Hypothetical Mandarin is a history of the Western imagination. It is also a history of the interactions between Enlightenment philosophy, of globalization, of human rights, and of the idea of the modern. Beginning with Bianchon and Rastignac’s discussion of whether the former would, if he could, obtain a European fortune by killing a Chinese mandarin in Balzac’s Le Pere Goriot (1835), the book traces a series of literary and historical examples in which Chinese life and European sympathy seem to hang in one another’s balance. This book makes a great gift for any occasion.

“What is the relative worth to you of harm done to a Chinese stranger?” Eric Hayot’s brilliant and wide-ranging monograph The Hypothetical Mandarin sees Adam Smith’s thought experiment about conscience as the starting point for “a crucial figure of European thought over the last two centuries”–a telling point of historical and ideological condensation for the discourse of sympathy, and a constitutive element of a Western modernity that defines the concept of the human in relation to the seemingly arbitrary Chinese example. By tracing the history of this relation, weaving together a remarkable array of textual and visual materials, Hayot remaps modernity–not by reversing center and periphery, but by abandoning those models for one that is reciprocal and relational. In the process, self-reflexively examining the use of the example as an explanatory tool, he mounts a wry and bracing intervention into historical/critical discourse. With inventiveness, daring, rigor and brio, The Hypothetical Mandarin expands our very notion of the purview of modernist studies. For this reason, we are delighted to name this book the winner of the 2010 Modernist Studies Association Book Prize.”

This entry was posted in Writing. Bookmark the permalink.